Scotland - the northernmost country within the United Kingdom - is a popular destination for international students: Many world-class universities, vibrant student communities and great quality of life. However, studying in Scotland can be expensive - so it’s important that you prepare early. Read our guide to learn all about about tuition fees at Scottish universities:

Who has to pay tuition fees to study in Scotland?

Generally, all students have to pay fees to study at a university in Scotland (with one exception - more on that below). The amount depends on the fee status, and it makes a difference where you are from:

Can you study in Scotland for free?

Yes, you can study in Scotland tuition-free, but only in one special case: If you are a UK citizen already resident in Scotland, or a citizen of another EU country, and you are studying for your first undergraduate degree (meaning a Bachelor’s degree or a Scottish undergraduate Master’s degree) then there are no direct tuition fees. Instead, your fees will be covered by the Student Awards Agency for Scotland (SAAS).

How much does it cost to study in Scotland?

The cost of your university education mostly depends on your fee status (meaning whether you’re a “home”, “RUK” or “international” student) and at what level you plan to study. The amounts vary, but the following table gives you a rough overview of the typical tuition fees in Scotland:

Are there scholarships for international students?

A scholarship is a great way to finance your studies in Scotland, especially if you are an international student and have to cover higher tuition costs.

One popular scholarship programme are the Saltire Scholarships sponsored by the Scottish Government. They are generally open to students from the USA, Canada, India, Pakistan, Japan or China who want to pursue a Masters degree in one of a set of focus subjects. Check out the website for more details.

When do you have to pay the tuition fee as a student in Scotland?

The payment details and timing differ from institution to institution, but generally, once you have an offer, you need to register (i.e. enrol) with the university; and at registration, you are then asked to already pay a percentage of the tuition fees, sometimes up to 50%. In many cases, you can then pay the remainder of the fees spread out over multiple instalments during your studies.

However, if you are an international (non-EU) student, when you make the payment to the university is less relevant for you than when you submit the application for the UK study visa. When applying for the UK student visa (the Tier 4 visa), you need to meet the financial requirements: You need to prove that you have the funds to pay for the first year of your study programme (or if it is shorter than a year, for the whole programme), and to cover your cost of living and accommodation for up to 9 months (or the length of your programme if it is shorter), at an amount of 1,015 GBP per month.

How will Brexit affect tuition fees in Scotland?

The United Kingdom - of which Scotland is a part - left the European Union (EU) on 31 January 2020, and this process is called “Brexit”. The tuition fees at British universities usually differ between “home” students and “international” students; and students from the EU have so far been treated the same as “home” students, meaning lower tuition fees.

As part of Brexit, it is possible that students from the EU would in the future be treated like other international students and therefore have to pay higher fees than their British peers.

However, there are good news: In April 2019, the Scottish government confirmed that students from the EU who start their studies up until the academic year 2020/21 would still pay the same as Scottish students for the whole duration of their course. There has not yet been an announcement for 2021/22 or thereafter.

Read more: What does Brexit mean for international students in the UK?

Are there application fees at Scottish universities?

Some Scottish universities charge application fees when you apply to a programme. They can be as high as 50 pounds and are usually non-refundable, meaning you will not get the money back if you get rejected or decline an offer. Therefore, if a university charges an application fee, consider carefully if you think your chances of acceptance are good enough. (Note: The university application fee is not to be confused with the visa application fee for non-European students, which is separate.)

What are the monthly cost of living in Scotland?

Although studying in Scotland certainly isn’t cheap per se, it is cheaper than many other parts of the UK and certainly cheaper than London. In fact, Edinburgh, Glasgow and Aberdeen are often found to be among the cheapest student cities in the UK. And you can make the most of special student deals at many shops, restaurants and even pubs. Depending on how luxurious you want to live, it is possible to get by on as little as 700 or 800 pounds per month, including accommodation.

Regardless of the actual cost of living, if you are an international student you will need to prove that you have 1,015 GBP per month for up to 9 months when you apply for the UK Tier 4 student visa.

Which are the best universities in Scotland?

What are the application deadlines to universities in Scotland?

The application deadlines to study at university in Scotland depend on the level at which you plan to study:

Deadlines to apply for an undergraduate programme in Scotland

If you plan to pursue an undergraduate degree, then the UCAS deadlines are relevant for you. To start your studies in autumn, you need to apply by:

Find Bachelors programmes in the UK

Deadlines to apply for a postgraduate programme in Scotland

The deadlines for Masters programmes at Scottish universities vary and sometimes there is no fixed deadline, but rather a maximum number of places in a course. Therefore it is recommended to apply as early as possible, usually no later than spring if you want to start your studies in autumn.

Find Masters programmes in the UK

Please note that the above dates may vary, so always check the course information on the official universities’ websites.

Can I work while studying at university in Scotland?

In an ideal world, you could study full-time and concentrate on learning as much as possible during your time at uni. But student life in Scotland can be expensive, and a student job can also be valuable to gain some work experience before you graduate.

If and how much you are allowed to work depends on whether you study in the UK on a visa:

Find study programmes in the UK 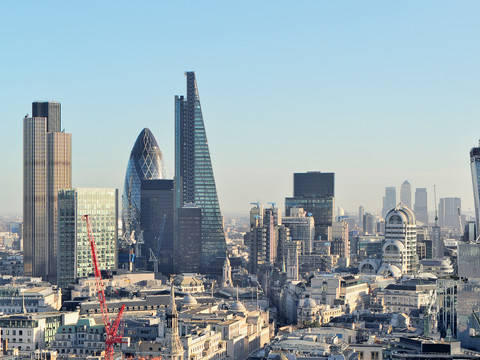