The center of excellence

Few countries are as compelling for studying abroad as Austria. Austria lies in the centre of Europe with easy access to its neighbouring countries by air, road, or rail. With a population of 8.7 million Austria is a rather small country, but whether you enjoy the spectacular Alpine views or prefer the vibrancy of its cities, there is something to suit everyone.

The universities and higher education facilities are well respected throughout the world. With a thriving industry base and high employment ratio, the opportunities for graduates are many and varied. Vienna is the oldest and most well-known of Austria’s university cities, but you can also choose to study in Graz, Innsbruck, Linz or Salzburg; all of which benefit from the wonderful architecture and rich culture that Austria is famous for.

An introduction to Austria

Austria is not only located at the center of Europe - the country has also played an important role in European history, being an integral part in shaping the Europe we know today.

Austria itself is well-known for its magnificent winter sports scene in the Arlberg region, birthplace of modern Alpine skiing, and Innsbruck, in the foothills of the Alps. However, the whole of Austria is mostly mountainous which makes for stunning scenery and endless walking possibilities throughout the year.

The main cities like Vienna and Graz are home to many baroque castles, palaces and gardens, and museums charting the part Austria had to play in both musical history and psychology. Famous Austrian musicians and composers include Haydn, Mahler, Liszt, and of course Mozart, while Sigmund Freud, the founder of psychoanalysis, was also born here.

Studying at a university in Austria

For such a small country, the excellence of Austria’s universities is recognised worldwide. Many of them rank highly in international university rankings, ensuring you of a good quality education should you decide to study here. As well as that, the bonus for students originating elsewhere in the European Union is that tuition at any of the public universities is free. Even if you are coming from a country outside the EU, the fees are very reasonable and lower than many in the rest of Europe - with around 1,500 EUR per year. The private universities can set their own rates which can be considerably higher, but there is so much choice for international students, you are sure to find one that suits your budget and your educational aspiration.

The University of Vienna is the oldest university in the German-speaking world as it was founded in 1365, and is perfectly placed in a town famous for its culture as well as nightlife. Associated with 15 Nobel Prize winners, and has nearly 200 different degree programmes to choose from, many of them taught in English.

Living in Austria as a student

Many international students have chosen to study in Austria for a Bachelors or Masters degree; on average, around 15% of the student body come from abroad, ensuring a diverse and multicultural study environment. Although the cost of living is moderate throughout Austria, the standard of living is among the highest in Europe. And students often also receive discounts for travel, entrance fees, and even sports activities.

There are many museums, musical venues, and theatres where you can soak up the culture, or if you prefer the outdoors, the Alps are right on your doorstep. There are an abundance of hiking trails in the beautiful countryside, and of course skiing and snowboarding in the wintertime. Perhaps a bustling nightlife is more to your taste, and Austria can accommodate this too. From coffee-shops to chic and underground nightclubs, it has all a budding student could wish for. Take a look at some of the courses you could study at the many universities, and see why Austria could be your next stop. 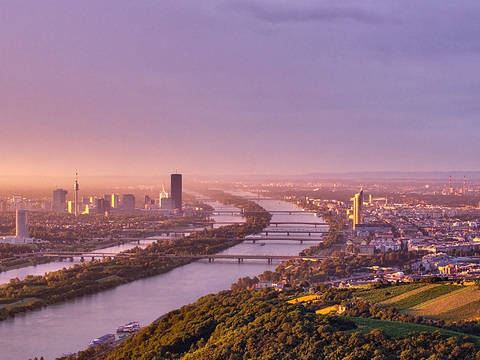