Brexit by airpix, CC BY 2.0, modified

Since 1973, the United Kingdom had been a member of the European Union (originally the European Economic Community). Over the years, politicians and citizens became increasingly ignorant of advantages while becoming increasingly dissatisfied with perceived disadvantages. In 2016, that development culminated in a popular vote on “Britain exiting” the EU (hence “Brexit”), won by those in favour of the Brexit. This means that the UK will leave the European Union.

The British government triggered the leaving proceedings in March 2017; originally, that meant that the UK would leave the European Union on 29 March 2019. The leaving date was then postponed to 31 October 2019, and later to 31 January 2020. Directly following Brexit is an 11-month transition phase from 1 February 2020 until 31 December 2020, during which time most arrangements between the UK and the EU will remain the same, while the future relationship is being negotiated.

Other than that, the exact future timeline and the regulatory effects for students are not clear yet. Although some politicians (and many citizen) have called for a second public referendum to ultimately avoid Brexit, the recent election victory by the British Conservative Party makes this unlikely.

What does Brexit mean for international students who want to study in the UK?

Even though negotiations between the UK and the EU have formally ended, it remains unclear what exactly will happen. Several scenarios are possible:

First and foremost, Brexit will likely not have any direct effect on students who would now and in the future be considered “international”, i.e. from outside the EU/EEA.

In a “hard Brexit” scenario, it would be possible that European students would in the future be treated like non-European international students, meaning higher tuition fees. Likewise, this would mean limited access and potentially higher fees for British students wishing to study in Europe.

Find study programmes at universities in the UK

What does Brexit mean for British students who want to study in the EU?

As with Europeans wanting to study in Britain, the situation remains equally unclear for British students who want to study at a university in the EU. It is safe to assume reciprocal treatment, meaning:

For British students starting their studies in the EU in 2020, there will likely not be any immediate changes. And should their status change and they forced to transfer back to the UK, they should be able to continue their studies at a UK university with the module credits (ECTS) they already acquired at their respective EU university.

Who is affected by Brexit?

As stated above, the immediate effects for international, non-European students are probably small.

If right now you would be classified as an “international student” by universities - as opposed to being a “domestic/EU student” - Brexit will likely not have an impact on your plans to study in the UK.

That means if you are from Asia, Africa or elsewhere outside the EU, you can relax. Your visa requirements as well as the level of the tuition fees you have to pay will be handled in the same way they are now.

However, if you are an EU citizen, you are currently treated the same way as UK students. That has previously meant fewer regulations and lower tuition fees. It is very likely that Brexit will change this comfortable situation for the worse. However, it is currently unclear just what exactly the effects will be.

It is likely that Brexit will have some effect on tuition fees in the United Kingdom - but it is hard to predict what kind of effect.

Tuition fees charged from European students may increase if they are no longer treated like domestic British students. While the situation elsewhere in the UK is intransparent, Scotland has made very clear that, for its part, they plan to continue treating EU students the same as Scottish students, at least for any course started until autumn 2020. (Read more about tuition fees in Scotland.)

The British economy and the strength of the British pound (GBP) compared to other currencies also play a role. Within a year after the Brexit vote, the British pound lost around 15% of its value measured against the Euro (EUR). The economic turmoil brought about by a potential “Hard Brexit” is unforeseeable; it might be that the GBP would decline in value faster than universities can adjust their fees, making studies in the UK more affordable in the short term.

Will EU students need to apply for a student visa?

Controlling and limiting immigration has been at the heart of the public debate about Brexit. It is therefore possible that, in the wake of Brexit, new regulations will be introduced that will require students from the EU to explicitly apply for student visas to enrol at British universities. At the very least, it is likely that the Freedom of Movement for EU citizens will be limited.

Are international students no longer welcome in the UK?

Universities and educators have been very clear about this: International students are welcome in the UK. However, laws and visa policies are handled by the government; and the current administration has also publicly considered plans to limit immigration, including student immigration. There may be future policies making it harder for foreigners to study in the United Kingdom. That is why many students are now thinking about other countries in Europe that offer English-language degree programmes, like Germany, Ireland or the Netherlands.

Will the quality of teaching and research decline?

British universities enjoy a world-class reputation and regularly dominate international university rankings. If immigration into the UK should become harder for European academics, it is possible that talented European professors, teachers and researchers would be forced to leave the UK, or decide simply not to move to the UK. This might make it harder for universities to fill their academic positions with the most qualified candidates. At the same time, universities in the UK stand to lose billions of euros in research funding provided via the EU.

All of that might have an effect on the quality of teaching and research, but it is currently unclear to what extent the effects will be visible in the short or medium term.

What should you do if you want to study in the UK?

If you plan to enrol in a British university in the coming years, check their official website for their position on Brexit. Some universities give guarantees to EU students who enrol prior to the UK leaving the EU that Brexit won’t affect their status with regards to tuition fees. However, such guarantees may not extend to any yet unforeseeable change in visa regulations.

Find study programmes at universities in the UK 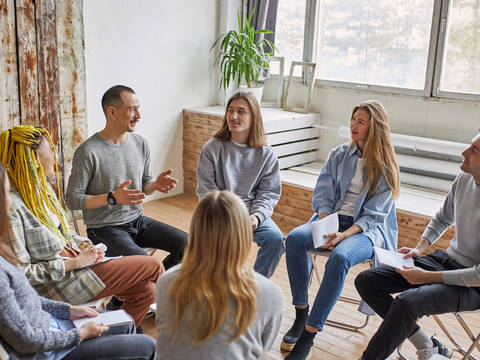