Italy’s historic treasures and magnificent cuisine continue to draw visitors as they have done for centuries. From the snow-capped Dolomites in the North to the warm maritime Mediterranean culture of the South, Italy’s regions are diverse and exciting. For the international student seeking world-class but affordable education, with a wide range of social and leisure activities, few countries are as exciting a choice as Italy.

The country’s cultural importance extends back to ancient times and the past greets the student of history and archaeology on every street corner. For many, Rome is still the Eternal City, the centre of an empire that - some 2,000 years ago - stretched from rainy Britannia to the deserts of Syria. At its height it also encompassed Egypt, much of North Africa and nearly all of Continental Europe.

Italy’s Ancient Roman monuments, magnificent as they are, tell only part of the story. The Renaissance of the 14th to 17th century originated in Italy (as the Rinascimento) and sparked innovation and revolutions in art, architecture, philosophy, religion and the sciences across Europe. Intellectual activity and creativity flourished, carrying gems of ancient and medieval thought into the modern world.

Studying at a university in Italy

It’s perhaps not surprising that many international students feel instantly at home in Italy. The University of Bologna has been welcoming students since 1088 - it is the oldest university in the world and its foundation gave the city one of its nicknames: la dotta, “the learned one”. Bologna remains at the leading edge of academic innovation in the 21st century. The Bologna Process was initiated in the city, and has established a set of standards for excellence in higher education across the European Higher Education Area (EHEA).

Italian universities take pride in their heritage and rankings. The University of Rome Tor Vergata offers more than a dozen international degree courses that are taught in English. Founded only in 1982, Tor Vergata was ranked one of the best young universities in Europe, and is known for high student satisfaction and far-above-average employment rates of its graduates.

Italy is also home to some of the best business schools in Europe, including the prestigious SDA Bocconi in Milan, the country’s financial capital. Its MBA programmes frequently top global and European rankings, and many top business leaders are among its alumni.

These and many other universities in Italy are stepping up efforts to accelerate their internationalisation and offer degree programmes specifically for international students. There are currently more than 500 English-taught study programmes available in the country. And every year, there are more and more options to study in Italy in English.

Look for study programmes in Italy

Cost of living and tuition fees in Italy

Italy is a budget-friendly study destination in Europe. While the cost of accommodation and living can be high in large cities like Rome or Milan, smaller cities are much cheaper. Larger universities usually offer support in finding accommodation; with luck you might get a place in a cheap student home.

Italians are known to be welcoming, open people. You will make local friends quickly. And they will teach you that eating out and enjoying high-quality, healthy food are fundamental to la dolce vita (“the sweet life”) for every Italian.

Although you will get by with only a handful of words and phrases in Italian, English is not widely spoken outside the academic context, and you will definitely benefit from taking some lessons in Italian before and during your stay. That is especially true if you should decide to stay and work in Italy after graduation.

Cultural activities include everything from traditional local festivals to major international sporting events. Italian night life is always lively, especially in cities. In summer, the majority of people head for the sea or countryside. For quality of life, unforgettable, charming Italy provides value for any student. 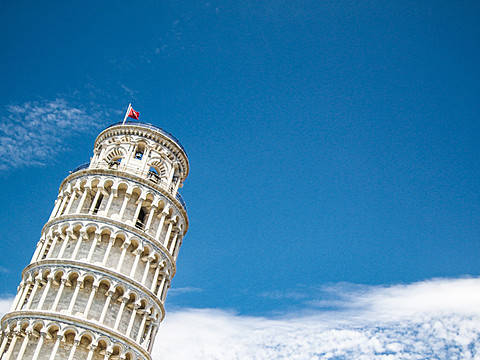