Study in The Hague, Netherlands

The International City of Peace and Justice

Between the Dark and the Light by Edwin van Buuringen, CC BY 2.0, modified

The Hague (Den Haag) is the third-largest city in the Netherlands, and the seat of the Dutch government and parliament. With manifold study options, it is also an exciting city for students from all over the world.

Although it is the seat of the government of the Netherlands, The Hague is not formally the capital city. That honour belongs to Amsterdam, where traditionally the king and queen are crowned. But there is no question that The Hague, with its population of just over half a million, is a city of global importance. The International Court of Justice and the International Criminal Court are located here, which is why the city is also known as “the International City of Peace and Justice”. And some of the Netherland's largest corporations have their headquarters here.

Still, The Hague has retained much of its traditional Dutch flair. Its architecture is a vibrant, photogenic mix of traditional Dutch gables, art nouveau and skyscrapers in the distance. Sprinkled across the city, you can find the city’s more than one hundred picturesque “hofjes” - small hidden courtyards, often built around small gardens. Most of these, although often hard to find, are open to the public.

Universities in The Hague (Den Haag)

More than 30,000 students study in The Hague, a large share of which is international. This ties in nicely with the community of expat professionals who live and work in the city.

The by far largest institution is The Hague University of Applied Sciences (THUAS). Some 26,000 students from more than 140 countries are enrolled in a number of Bachelor’s and Master’s degree programmes.

The Hague is also an ideal destination if you are looking for a degree in fashion, fine arts, design, photography, or music. Many students from abroad flock to the Royal Academy of Art and the Royal Conservatoire - combined as the University of the Arts The Hague - for their unique blend of tradition, innovation and experimentation.

With such a wealth of study options, it is easy to see why The Hague is one of most popular student cities in the Netherlands.

The Hague shares a small airport with Rotterdam which offers direct connections to a handful of European destinations. But it is more common, and no less convenient, to fly to and from Amsterdam Schiphol, which is connected directly to virtually anywhere on the globe.

Within The Hague, there are many bus and tram lines, making it easy to get from one place to another. But most students - as anywhere else in Holland - prefer to go by bike when distances are not walkable. In fact, The Hague was one of the first cities in the world to experiment with dedicated bike routes through the city. 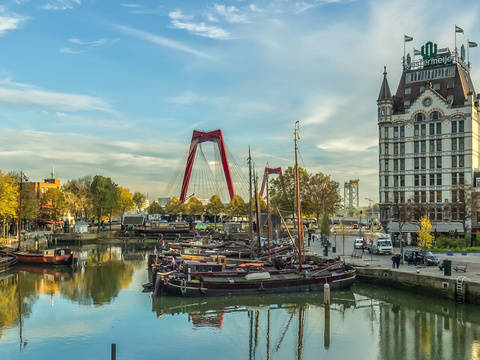 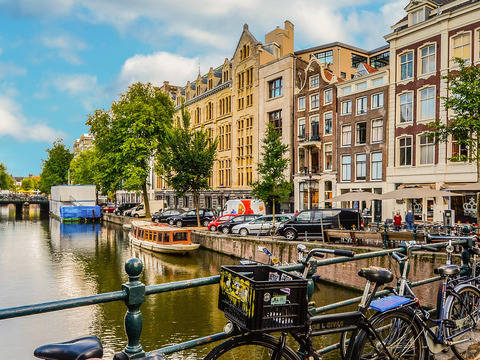 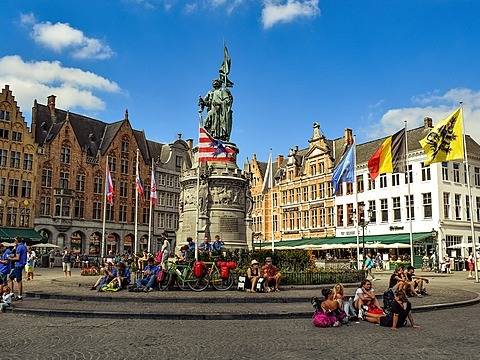