Home to over 100,000 international students from around the world

London is the capital of the UK and one of the most vibrant metropoles in the world. With over 8.5 million residents, London is a bustling centre of activity in the south of the country. The city is full of a diverse array of cultures and subcultures, and offers a welcoming environment for students from around the world.

London dates back to the pre-Roman era, but is named for its Latin name Londinium. Even then London was a hub of trade and commerce, a reputation which it maintains to this day. Thanks to its long and rich history, London is full of landmarks old and new which make it a fascinating place to explore. From classic British icons like Big Ben and the Tower of London, to markers of its modern prowess like the London Eye and the Gherkin, there is plenty to see and do in London. The nightlife in London is some of the best in the country, and students can often find excellent deals on events in the city. So whether you are after an incredible night out, or a cultural experience you will remember for the rest of your life, London is the city for you.

London is seen as a centre of innovation and forward thinking, and this is due in no small part to the number of universities and higher education establishments in the city. In total, there are more than 40 universities in London, and thousands of study programmes you can enrol in - regardless if you are looking for a Bachelor, Master or Doctorate degree. The University of London itself is made up of many institutions, which often have specialised areas of study. University College London (UCL) is a more general institution, whereas The London School of Economics and Political Science is focused on its own subject areas. Both of these institutions frequently appear in rankings of the top 25 universities in the world. Altogether, the University of London has the largest number of students of any university in the UK. From the creative focus of Goldsmiths, to the research work of King's College London (KCL), you will find students of all disciplines within the city. Outside of the University of London, Imperial stands as one of the most impressive universities in the country. Often ranked among the top 10 universities in the world, it focuses on business and science. Universities in London generally have a strong focus on inclusivity and diversity, with policies in place to ensure that everyone is welcome.

London is not only a great place to study, it also offers a wide range of career opportunities for graduates of all sorts of subjects. Many of those who decide to study in London decide to stay there afterwards. Not that they would need to: A degree from a UK university will always be met with high regard internationally. London’s largest industry is finance: The City competes with New York as the most important financial center of the world, and countless banks, funds and insurance companies have offices there. Good to know for prospective students from outside the EU in need of a visa: The universities in London are usually fully accredited and recognized by the UK Border Agency as “Highly Trusted Sponsors”.

London is a major capital city, and as such students can expect to find accommodation potentially more expensive than elsewhere in the country or Europe. The cost of living is also higher than most other cities in the United Kingdom. However, do not let the cost factor discourage you: The hundreds of thousands of students studying in London come from all walks of life, and many institutions offer financial support if needed.

As a large global metropole, London can seem quite daunting from those arriving from abroad, but the world-class transport systems in place in the city allows you to get around quickly. London was the first city in the world to build an underground rail system, and the “tube” is still the most important mode of transportation in the city.

Since London is made up of smaller areas, many of which were villages which got absorbed into the city, it is easy to get to know your own area quickly and it will soon feel like home.

London is well-connected: There is a total of 8 airports; the largest, London Heathrow, is the world’s third-busiest air transport hub. There are also numerous train connections to anywhere in the UK. The Eurostar train connects London with Paris and Brussels on the other side of the English Channel. 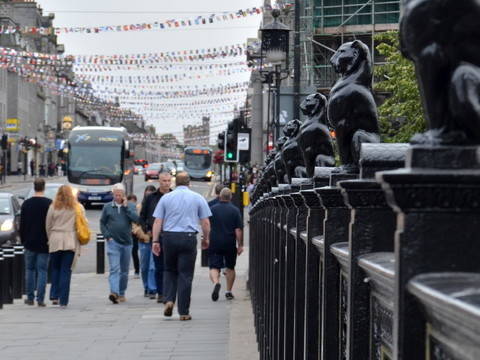 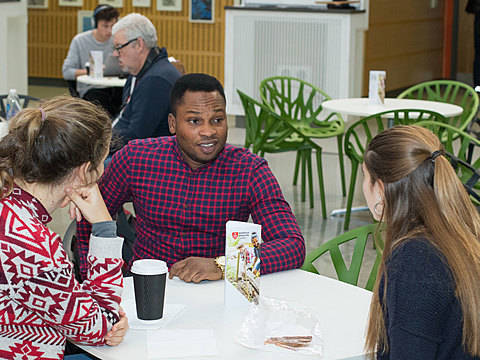