Paris of the East

Few cities know how to combine past and modernity as well as Bucharest does. Today, Romania's capital is a vibrant, bustling city with lots of diverse opportunities to offer. Keep reading to find out why Bucharest is worth a look as your next study destination.

Bucharest: Paris of the East

Known in the interwar period as the "Little Paris" because of its elegant architecture, Bucharest is nowadays the commercial, financial and cultural centre of Romania.

The damages of the 20th century wars and the systematisation process negatively affected Bucharest’s development for some decades. Many buildings were damaged and the city had to spend a great amount of time, money and effort to renovate its iconic infrastructure. Nowadays, these continuous investments have paid off and the city is undergoing a key expansion thanks to the increase of tourists and outside capital, which have helped accelerate multiculturalism and economic growth.

With a population of almost 2 million inhabitants, this capital is one of the biggest European cities and provides outstanding budget-friendly degrees in an internationally dynamic environment. Due to its high-quality education, refined culture and diverse night entertainment, it is often a top choice for international students.

Looking to study in Bucharest? Students can choose among hundreds of Bachelor and Master degrees at nearly 40 universities.

As of today, the three largest institutions are:

On the other hand, many new private colleges and universities have also opened their doors in recent years, increasing the number of English taught degrees in the country. Even in these private institutions, tuition fees are still considerably lower than anywhere else in the EU.

With the lowest unemployment rate at national level, Bucharest’s is among the greatest East European cities for investment purposes due to its centric location and competent workforce.

Being the main industrial centre of Romania, students might find a variety of job opportunities in sectors related to business, trade, logistics, finance and IT.

Moreover, Public administration and International Relations are also becoming interesting subjects among students, in great measure because of general globalization, but also due to the clear internationalization of the country. As an example, Bucharest's Palace of Parliament is the second largest administrative building in the world, only behind the Pentagon in the USA.

Bucharest is a city where its progressive culture, vast business networks and high-skilled labour complement the stunning natural environment.

The costs of living are considerably more affordable than any other European country, while the quality of life is still similar to any of its neighbours. From clubs and live music bars, to operas and theatres, the city offers a wide range of entertainment options that fit all tastes.

For those who love hiking or road trips, Bucharest is also surrounded by a multitude of worthy places to visit. Vineyards, mountains and castles are found in less than a 3 hour ride, as well as the beautiful beaches near Constanta or the ski resorts in Brasov.

Romania is recognised for its incredibly cheap public transportation, with a single ticket being priced around 50 cents. Regarding monthly rates, students in Bucharest have discounted fares and only pay 5 to 8 euros to travel around the city at any given time, with metro, trams or buses.

In general, it is possible to reach any destination with public transport. There is a major train network that connects the city to many of the most notable destinations, such as Mogosoaia with Zumbaala Wake Park and Palace, the Stirbey Palace and the Extreme Park Cernica.  However, it is true that on rush hours public transport tends to be slow or overcrowded.

The main airport, Henri Coandă International Airport, can be reached by bus in less than 40 minutes and connects the capital with many other European and Middle Eastern hubs. 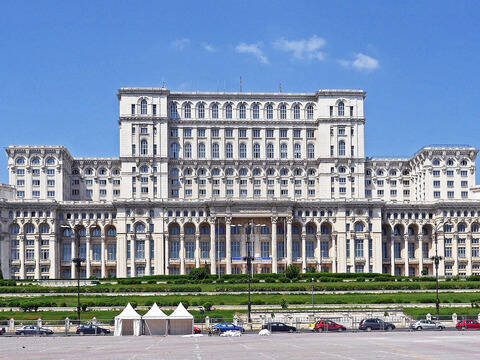