These are the 10 oldest universities in the UK

These are the 10 oldest universities in the UK

There are plenty of reasons why you might want to study at one of the oldest universities in the United Kingdom: the tradition of research and teaching, reaching back hundreds of years; the immaculate reputation that these institutions hold with academics and corporate recruiters worldwide; and the beautiful campuses that gives old universities their unique charm.

Find your ideal study programme in the UK

Interested? Then let us explore the 10 oldest universities in Britain:

Durham University was founded in 1832 and is among the best universities in the UK. Internationally, Durham regularly finds its way into the top 100 ranked schools. Studying at Durham guarantees an experience in a grand setting - many of its roughly 60 buildings are often described as some of the most beautiful university structures in the UK.

The University College London (UCL) was founded in 1826 under the name London University. In 1836, UCL was one of the two founding constituent colleges of the new University of London, a collegiate federal university that now includes almost 20 colleges. UCL regularly claims top 20 spots in international university rankings. Its impressive alumni roster includes the likes of Francis Crick (co-discoverer of the DNA), Ricky Gervais (comedian and actor, The Office), all of the members of Coldplay, and Mahatma Gandhi.

Established in its current form in 2004, the roots of the University of Manchester go as far back as 1824, the year the Manchester Mechanics’ Institute was founded. The university counts two dozen Nobel Prize laureates among its current and former staff and students.

The University of Edinburgh was formally established in 1582 but opened in 1583. Today, with well over 30,000 students, it is one of the 10 largest universities in the UK. Edinburgh regularly ranks among the world’s top 100 universities. Some of the smartest minds in scientific history studied here: father of the theory of evolution Charles Darwin, statistician Thomas Bayes, physicist James Clerk Maxwell, and many others.

The history of the University of Aberdeen reaches back more than 500 years: Originally founded in 1495 as King’s College, and thus the 5th-oldest university in the UK, it merged in 1860 with Marischal College. Today, the University of Aberdeen regularly ranks among the top 200 universities in the world. Notable alumni include actor Iain Glen (Game of Thrones) and author Ali Smith.

The University of Glasgow was founded in 1451 as an addition to the city’s cathedral. Today, more than 27,000 students enjoy the privilege of studying at one of the world’s top 100 universities. Throughout the centuries, the University of Glasgow has spawned numerous notable alumni, such as economist Adam Smith, inventor and engineer James Watt, and more recently, actor Gerard Butler, best-selling author John Niven, and Scotland’s First Minister Nicola Sturgeon.

Founded between 1410 and 1413, the University of St Andrews is the oldest university in Scotland. Today, some 11,000 students are enrolled at St Andrews. The university regularly makes it into the top 100 in international rankings, fitting with its motto, “Ever to excel”. Among many other well-known personalities, St Andrews’ alumni include illustrious people such as B. C. Forbes (founder of Forbes magazine) and Prince William plus his wife Kate Middleton.

The history of the University of Oxford has lasted almost a millennium: Although no distinct founding date is known, the oldest records of teaching at Oxford date back until 1096. The oldest university in the English-speaking world is one of the world’s best universities and frequently tops national and international rankings.

Which one is really the third-oldest university in England?

There has been an extensive debate about which institution is allowed to call itself the third-oldest university in England, and thereby the seventh-oldest university in the UK. It depends on which way you look at the origins: One could go by the foundation date, meaning the time at which the school was founded and teaching began; or by the date the school officially received the title of a “University”; and even then there are various ways that schools have obtained that title: for instance, via a Royal Charter or an act of parliament.

In particular, the claim to be the third-oldest is made by Durham University, the University of London, as well as its constituent colleges UCL and King’s College London. Wikipedia explains the argument in detail.

However, as you can see above, we have structured our list differently. Instead of official recognitions as a “University”, we ordered the universities by founding date of its earliest constituent institution. That is how the University of Manchester ends up being the third-oldest institution in the UK. After all, what prospective students care most about is a long-standing tradition in research and teaching. 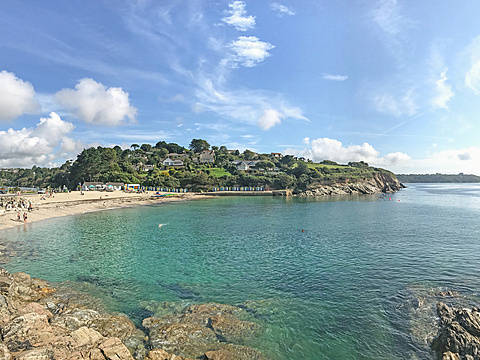 5 reasons why you should study in Falmouth, England