Experience art and history while studying in Austria's capital

Vienna is the capital of Austria and is home to a fifth of the country’s population. Of its 1.8 million inhabitants, more than 190,000 are students at the city’s esteemed universities.

Vienna is the political, cultural, and educational center of Austria. The rich history of artistic achievement is evidenced by monuments such as Saint Stephen’s Cathedral, Hofburg Palace, and the Sisi Museum. Original architecture from the Romanesque, Baroque, and Art Nouveau movements line many of the city’s narrow streets. The Museumsquartier, a section of the city devoted to museums and exhibitions, stands full of local and international pieces of art from every era. If art and architecture are not enough, the local music and theater scene is unparalleled. Historically, Vienna was home to several of history’s most prominent musicians, including Beethoven and Mozart. In keeping with its tradition of artistic excellence, Vienna hosts countless concerts, musicals, plays, operas, balls, and festivals each year.

In addition to excellent universities and a rich history of musical and artistic achievement, Vienna is consistently ranked as one of the world’s most livable cities. Public transportation is easily accessible and there are numerous options for student housing. Tuition and fees for international students are very low, diversity in the university setting is high, and opportunities for cultural experiences are plentiful. Overall, Vienna is an affordable and desirable option for anyone who is looking for the opportunity to study overseas.

If you want to study in Vienna, you can take your pick of around twenty colleges and universities, offering any subject you can imagine.

The University of Vienna is typically regarded as the most prominent university in Austria. Associated with nine Nobel Prize winners, it is known for its academic excellence and frequently scores high in international rankings. And with roughly 90,000 students enrolled, it is also one of the largest universities in Europe.

TU Wien is another prominent university in Vienna, also ranked among the best universities in Europe. As a university of technology, it places its research and educational focus on sciences and engineering.

Smaller colleges and universities such as WU Vienna University of Economics and Business and the University of Applied Sciences Technikum Wien devote themselves to specialized programs of study that include business, computer sciences, engineering, or healthcare.

Residents of Vienna enjoy an advanced, dense web of public transport options, with trains, trams and buses conveniently connecting all corners of the city.

Vienna Airport is a well-connected mid-sized hub with numerous connections throughout Europe, Asia, and elsewhere. Vienna is also the perfect location if you want to explore Central and Eastern Europe while studying abroad: the Czech Republic, Slovakia and Hungary are within reach for day trips, and you have many options for plane, train or bus connections. 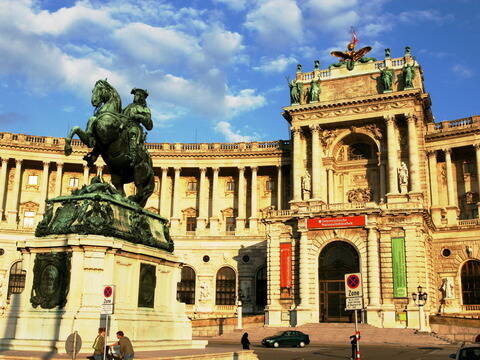