As you will quickly learn when you study in Italy, Italian food is literally proverbial: Many Italian phrases revolve around eating. For instance: “Bread to bread, wine to wine” (telling it like it is), “having one’s eyes lined in ham” (not seeing the evidence in front of you), or “everything makes broth” (every little helps). And what bread, what wine – and even what broth! It’s the excellence of the ingredients and its simple congeniality that set apart the Italian cuisine.

Follow our culinary trip from North to South to learn what treats you will experience as an international student at one of Italy’s universities, but remember: it would take an encyclopaedia to tell you about the diversity of the Italian cuisine. We are not even scratching the surface here. Every region, every city, every village has its own traditional dishes. So go out of the beaten path and discover it for yourself; trying as many dishes as you can will be a good challenge – or, as the Italians would say, it will be “bread for your teeth”.

In the Lombardy region, food is influenced by Italy’s northern neighbours France and Switzerland. Milanese cuisine is comforting food relying on local products such as rice from the Po river valley, which features in the saffron-flavoured speciality risotto alla milanese. A very traditional addition to the risotto is the ossobuco.  Another favourite dish, which is a staple all over Northern Italy, is polenta – a type of porridge made from maize flour, and eaten hot with cheese, tomato sauce or meat casseroles. Deserving of mention is also the Cotoletta alla Milanese, a very tasty veal schnitzel.

Learning about food and drink is a great way to build up your Italian vocabulary and engage confidently with Italian people, as international students of the SDA Bocconi, the Milan Polytechnic and other local universities can confirm.

Turin, home to the traditional University of Turin and the renowned Polytechnic University of Turin, is famous for its outstanding cheeses, cakes and chocolate. The city stakes a claim as the originator of the delicious zabaione (zabaglione), an egg-based dessert, but this is contested by Sicilians. The  fritto misto alla piemontese, an Italian classic, is a mix of deep-fried ingredients, usually meats, fish or vegetables like aubergines or artichokes. The Piedmont region is known for its love of meat, and its bollito misto, mix of boiled meats, is something not to miss. If you feel slightly more adventurous, try the bagna cauda: it’s a super-tasty sauce made with anchovies, milk and a lot of garlic. It is fantastic with vegetables. And for all the fine diners out there: don’t forget this is the region of truffles, home to the exquisite Tartufo di Alba.

Genoa and the Liguria region

Beyond the abundance of fish from the coast and a few meat-based dishes, the cuisine of the region, especially its most famous staples, is vegetarian friendly and reasonably cheap to make and to buy.

The must-eat of the region is the pesto sauce, of course – a fragrant mix of basil, garlic, pine nuts and grated cheese, which pairs wonderfully with the traditional trofie (a type of short fresh pasta). Try them in a city centre trattoria for less than you would spend on a coffee in some European capitals that shall not be named.

Bakeries are where you’ll find other delicious specialties. The first is the focaccia, a local staple:  thin bread, soft inside and slightly crisp outside, with just enough olive oil and salt to make it super tasty. Try it as the locals do: for breakfast with your cappuccino. Then the Focaccia di Recco, a double-layered pizza filled with a soft and creamy cheese called stracchino. And the chickpea-flour-based snacks: farinata (a thin, oven-baked pancake) and panissette (chickpea flour chips).

It’s hard to imagine Italy without coffee or gelato (ice cream). Coffee was first imported through the port of Venice in the 17th century, making it the home of the original coffee shops. Today, the Veneto region is host to coffee festivals and also the Vinitaly wine trade fair in the university city of Verona. Fish is popular in the local cuisine. And don’t forget this is the Prosecco region! The region takes its culinary heritage and responsibilities seriously. The University of Padua, some 30 kilometers inland from Venice, offers a unique Masters programme in Italian Food and Wine, with the aim of understanding and managing heritage products that are “profoundly linked to traditions and place of origin”.

Eager to study in Venice? Check out Ca' Foscari University of Venice 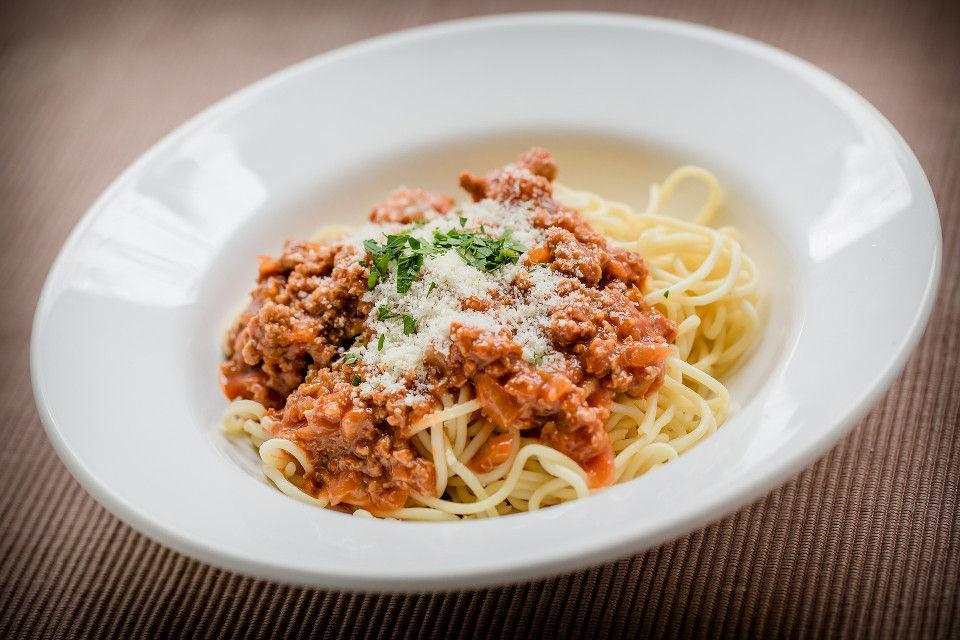 The venerable city of Bologna is home to Italy’s (and the world’s) oldest university and today welcomes nearly 80,000 students. It also gave the world that dietary essential known to English-speakers as “spag bol”: Spaghetti Bolognese served with Parmesan cheese. However, as locals from the Emilia-Romagna region will be quick to point out, internationally popular sauce-heavy variants of spaghetti bolognese are much different from the real local pasta served with meat sauces (ragù).

The authentic ragù alla bolognese is a slow-cooking sauce based on veal, pork and tomato sauce and be served with the local flat ribbon-style pasta tagliatelle, preferably freshly made with eggs - or on lasagne! Another traditional and unmissable pasta are the tortellini, which are lovely with any sauce, but especially when added to a rich broth. The region also is the home of the aceto balsamico (balsamic vinegar) and the mortadella. In Italy, Bologna is not only known as La Dotta, the learned one (thanks to its famous university), but also La Grassa, the fat one. Combining intellectual thought with culinary expertise - what’s not to like?

Located at the centre of the country, the cuisines of both North and South mingle in Rome, Italy’s capital. And while food is not the only reason why you will love international student life in Rome, it’s a pretty convincing one. As throughout Italy, amazingly good food can be found in the smallest osteria (inn), and usually at student-friendly prices, too. 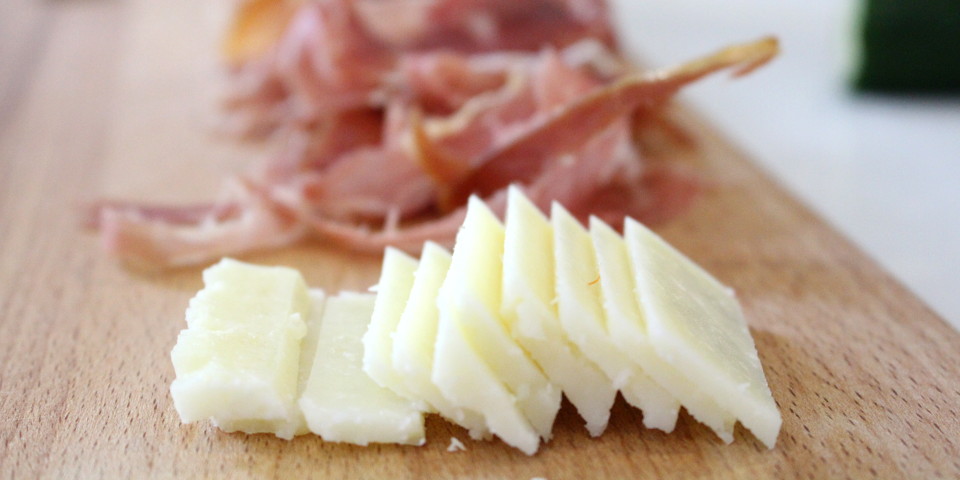 Pecorino romano, the local alternative to parmesan cheese, flavours the excellent soups and pasta dishes of the Lazio region. Onions, garlic and many different herbs give Roman dishes their rich body. Roman gnocchi (dumplings) made from flour or semolina are a local speciality, and a favourite not only of students at Rome’s Sapienza University. They are a great hunger-appeaser and also invite an afternoon nap to recover from intensive studies and exam preparation.

Other famous dishes are the carciofi alla giudia (fried artichokes) or the saltimbocca alla romana, succulent veal, prosciutto and sage rolls with a name that literally means ‘jumping in the mouth’. Carbonara is also a staple – and a wonderful student-friendly easy dish. Pasta, eggs, pancetta (preferably guanciale), pepper and pecorino, nothing else is needed.

Napoli (Naples) is known as the birthplace of Italian pizza, and the popular pizza margherita: Its ingredients basil, mozzarella and tomato represent the colours of the Italian flag (green, white, red). Neapolitan pizza has made such an impact in the world’s food culture that it is recognised by UNESCO as an “intangible world heritage”. And in Naples, it surely isn’t only students at the local University of Naples Federico II who regularly flock to traditional pizzerias like the famous Da Michele. This is also the region of the mozzarella di bufala and of lush desserts such as the pastiera napoletana and babà. 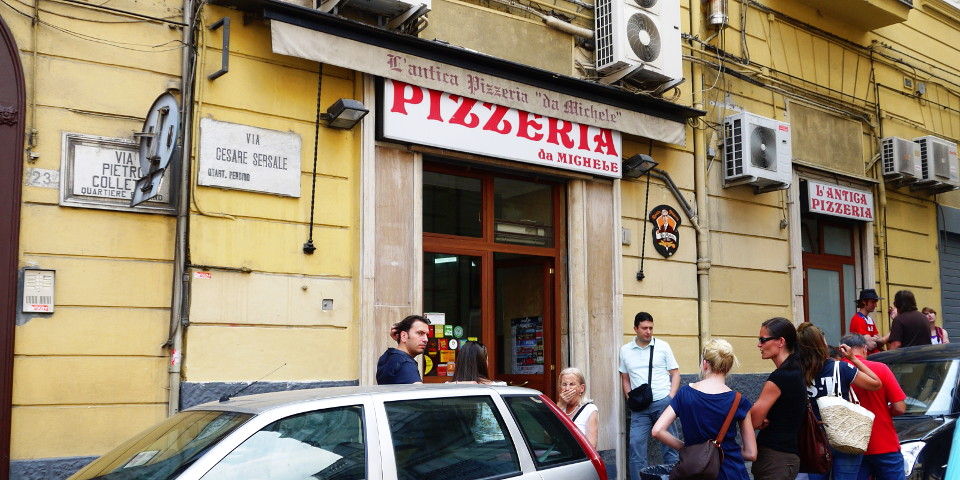 Sicilian and Southern Italian cuisine are more focused on fish rather than meat. A popular choice not only for vegetarians is caponata, a sweet-and-sour vegetable dish made from aubergines and olives, best combined with pasta. Sicily is also known for its tasty cannoli: crispy dough tubes filled with sweet ricotta cheese. And just the right snack in-between lectures!

Also, ensure you try everything that contains pistachios: You won’t regret it. From pistachio paste in your brioche in the morning (the brioche is another Italy-wide staple!), to pistachio flakes sprinkled over your spaghetti and swordfish, you’ll soon learn everything tastes better with pistachios.  Another delicious specialty, super helpful in summer, is the granita: You’ll find it all over Italy of course, but the Sicilians get especially creative with it. One to try is, you guessed it, the granita with pistacchio di Bronte – the finest pistachio there is.

This article sparked your appetite for studying abroad in Italy? Learn more! 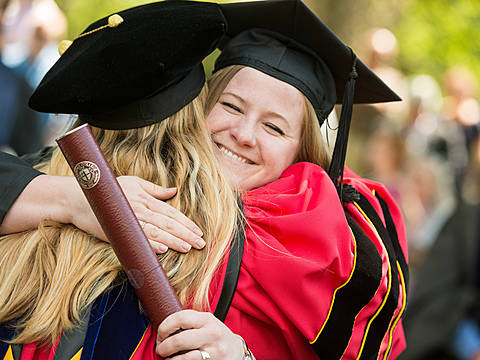 Lonely on campus? Here are 7 ways to make friends at university abroad