There are almost 1,400 breweries in Germany, and the number is growing. Roughly half of these, as reported by the German Brewers Association, are microbreweries with a sales volume of up to 1,000 hectoliters per year. Another statistic underlines the traditional role of beer culture in Germany: Out of the country’s 50 oldest companies still in existence, roughly 40 are breweries. So do not by any means expect our little guide to be exhaustive. It can merely serve as an initial inspiration to discover the local beer culture for those fortunate enough to study in Germany.

We will start off in the South, because that is where German beer culture was shaped for centuries to follow: Among a range of regional brewing regulations, the most important one was the one passed by the Bavarian government in 1516. It served as the basis for Germany’s still valid Beer Purity Law (“Reinheitsgebot”), which dictates that beer may only be made of water, hops, barley and yeast. Anything beyond that may be a “beer mix drink”, at best.

Six Munich breweries have the license to sell their product on the annual Oktoberfest; among those are Löwenbräu (“lion’s brew”) and Paulaner, one of the better-known brands internationally. (But if you think that Bavarians only have one beer fest per year, then you are mistaken. Study in Munich for a while and you will learn that there are a lot more.)

Just outside of Munich you can find the world’s oldest brewery: Weihenstephan, founded in 1040 and thus closing in on an impressive 1,000 years of operation. Located in Freising, there is even a small research campus of Technical University of Munich. In fact, TUM is among the few universities in Germany that offer programmes specialising in “Brewing and Beverage Technology”. Sad news for international students: Both the Bachelor and the Master programme are currently only offered in German.

The rivalry about local beer flavours never ends between these two metropoles on the Rhine river: Those from Cologne drink Kölsch, those from Düsseldorf prefer Alt - both are clear, top-fermented brews with sweeter notes than bottom-fermented pilsners.

While residents deem their respective local option unmatchably superior to the rival, international students who study in Cologne or Düsseldorf have rarely been reported to notice the supposedly striking taste difference.

You can find a good dozen Kölsch breweries in and around Cologne (such as Gaffel or Früh), and a few more (but smaller ones) specialising in Alt beer in the Düsseldorf area.

Local favourites in Germany’s capital are Berliner Kindl and Berliner Pilsner, both from the same brewery conglomerate. However, when you study at one of the universities in Berlin, you may be more interested in the less obvious choices. In recent years, Berlin has spawned quite a number of craft brewers. A short pub crawl through the central district of Berlin-Mitte, for instance, could lead you to Brauhaus Lemke, Marcus Bräu and Brauhaus Georgbræu, all within a radius of less than 300 meters.

The Northern German city of Bremen is home to the Beck’s brewery, one of the country’s largest, and without doubt one of the best-known German beers internationally. Beck’s has introduced many novel flavours and beer mix drinks in recent years, which has spurred, well… mixed feelings with beer purists. Tours are offered in English; the facilities are relatively close to the campus of the University of Applied Sciences Bremen.

For a long time, it was an almost religious question for people from Hamburg whether one preferred the local Holsten (founded 1879) or Astra (introduced under this name in 1909). Since the late 1990’s, however, both brands have belonged to the same owner. When you study in Hamburg, you will in any case often come across Astra’s marketing campaigns, which are vastly popular amongst its fans, although their humour is often lost on foreign students who do not yet possess advanced German skills.

In recent years, Ratsherrn has established itself as another local favourite. An extensive rebranding turned the old man pub staple into a hip product with multiple new brews beyond its classic pilsner, such as red beer or pale ale.

Brewed close to Germany’s border to Denmark, Flensburger Pilsener may be among the best known beer brands within Germany. “Flens” is known for its “plop”: the typical sound you hear when opening its trademark flip-top bottles, which use ceramic and rubber tops instead of crown corks. The brewery, which offers tours to the public, is located south of the town center, relatively close to the campuses of both the EUF and the Flensburg University of Applied Sciences. 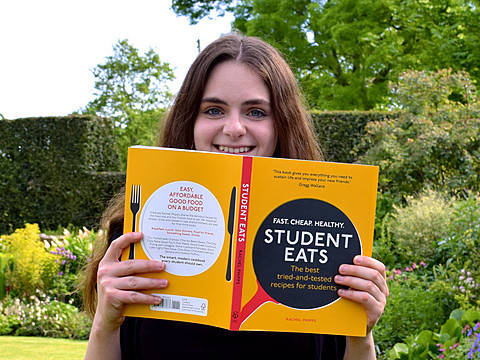