Photo by Neil Gordon for Study.eu

Long, striped college scarves are a distinctive clothing item on campuses in English-speaking countries. And there is more to their history than you may think.

Universities and colleges in English-speaking countries - particularly the United Kingdom and Ireland - often maintain a tradition of scarves indicating college affiliation by a unique set of coloured stripes. A typical academic scarf is around two metres long, rectangular without tassels, made of Saxony wool and shows two or more coloured stripes.

Rowers were the original trendsetters

The tradition of college scarves reportedly goes back to the almost ancient rowing feud between elite universities Oxford and Cambridge, culminating annually in “The Boat Race” on the Thames. Naturally, rowing training is not a very enjoyable affair in the often cold and damp British weather, and scarves are an obvious clothing choice. The idea to include colours to indicate college affiliation first spawned at Cambridge’s boat clubs, and was soon thereafter adopted by their rivals at Oxford.

The distinctive vertical stripes of such scarves date back to supply shortages which were brought about by World War II. Before the war, college scarves were typically knitted and looked very different from today. Reportedly, the change of style goes back to an idea at Luke Eyres, a company making academic scarves for Ede & Ravenscroft, which is thought to be the oldest tailor company still in existence - since 1689. By 1939, common wool yarn became rare, and it was difficult to make as many knitted scarves as requested. Together with a supplier of scarves to Cambridge, Luke Eyres developed a new manufacturing approach, in which a certain woven material was torn to long strips, and the different coloured strips then woven together. This lead to the distinctive vertically striped style that has become characteristic of college scarves. Although common wool became widely available again after the war, the scarves were (and still mostly are) made with Saxony wool, featuring their typical vertical stripes.

In the years before and after World War II, college scarves were almost exclusively worn by university boat club members. But in the 1950’s and 1960’s, they became a staple clothing item among members of the “beatnik” subculture, often worn together with duffle coats. Beatniks usually made a point of being well-read and intellectual, so their choice of neck accessoire served as a subtle fashionable hint at their self-perceived mental prowess. By the 1960’s, the beatnik look was so much in vogue that even in other European countries, college scarves became a popular import item to be adopted into autumn and winter outfits, regardless of any college affiliation.

Around the 1980’s and 1990’s, however, their popularity had diminished almost completely. The college scarf had become more of a novelty item and souvenir than an actual fashion accessoire, at least in the UK. On-campus sales were growing, while reportedly, less and less students were actually wearing the scarves. This was further evidenced by the BBC’s 1994 modernised and scarf-free relaunch of “University Challenge”, a long-running quiz show where college scarves had been prominently featured on set until the show’s cancellation in 1987. 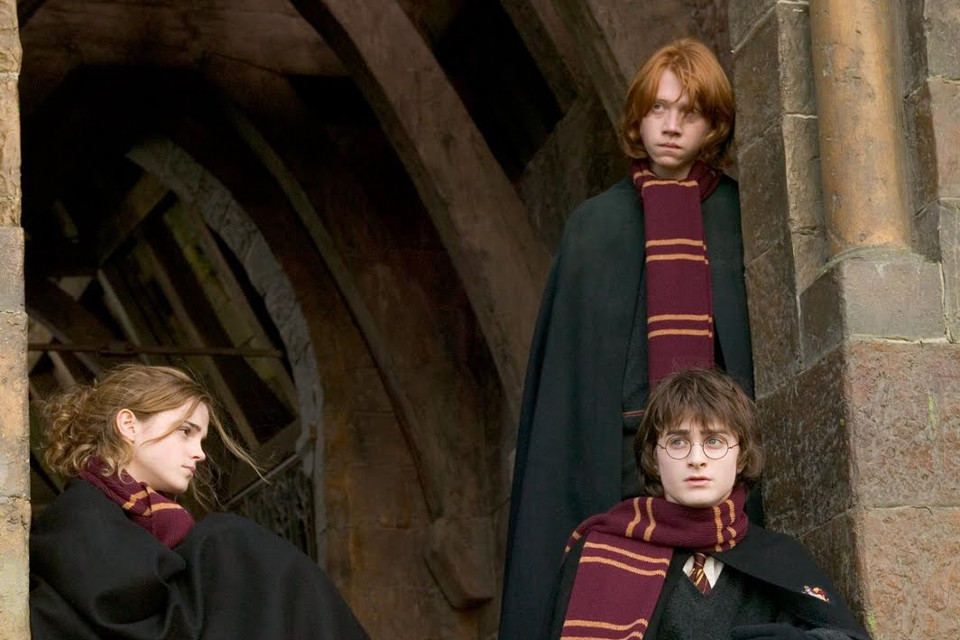 Harry Potter and the Goblet of Fire, Warner Bros. Pictures

Since 2001, with the first Harry Potter movie, college scarves returned to a certain level of public attention with the distinct scarves worn by students at each of the “Houses” of the fictional Hogwarts School of Witchcraft and Wizardry. However, these scarves differ in style from their inspirations in having horizontal stripes rather than vertical ones. Every few years, scarf styles inspired by the original college scarves also emerge in short-lived fashion trends, often evidenced by famous wearers such as Kanye West or David Beckham. But as long as there are autumns and winters in Britain, there will most certainly always be at least some students wearing their college colours around their necks.

The students in the photo above all wear scarves from the University of Aberdeen. 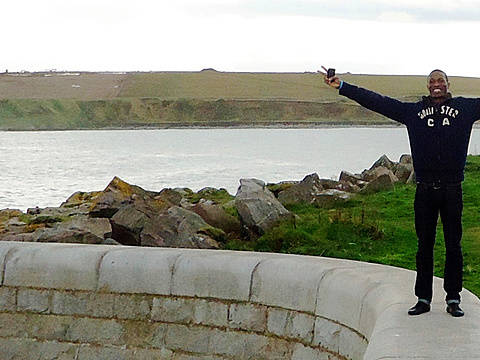 How Bayo learnt to love Scotland and decided to stay 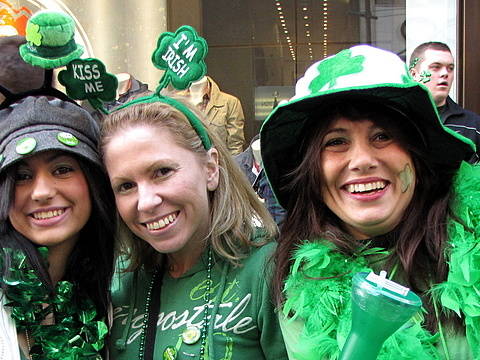