With a Master’s degree in Public Administration (MPA) or the closely related Master of Public Policy (MPP), you are prepared for an exciting career. There is a wide range of possible options: government, diplomacy, policymaking, policy-related positions in corporations, public sector management, NGOs, media and journalism, and many others.

You want to see some examples of what you can do or become with an MPA or MPP degree? In this feature, we take a look at a number of well-known personalities that hold postgraduate degrees in Public Administration or Public Policy. Among them are politicians, social entrepreneurs, journalists - and even one famous pilot: 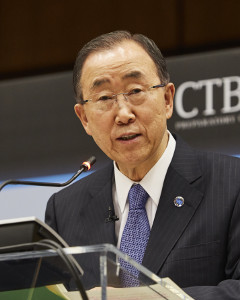 Ban Ki-moon started his diplomatic career in 1970, directly after graduating from Seoul National University in South Korea. In 1985, he earned his MPA degree from Harvard University’s highly regarded John F. Kennedy School of Government. After taking various diplomatic posts and ultimately being appointed South Korea’s foreign minister, he went on to assume the role of the United Nations’ Secretary-General from 2007 until 2016. 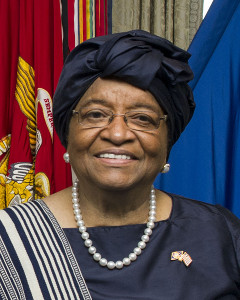 Sirleaf studied Economics and Public Policy at the John F. Kennedy School of Government from 1969 and then graduated with an MPA degree. In 2006, she made history as the first elected female head of state in Africa. In 2011, she even received the Nobel Peace Prize for her efforts for women’s rights. 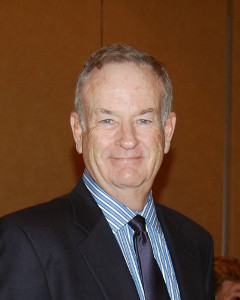 Bill O’Reilly is probably best known for his political TV show “The O’Reilly Factor”, aired on the conservative American channel Fox News from 1996 to 2017. In fact, in 1996, when O’Reilly was 47, he had just graduated from Harvard with an MPA degree. While he has been widely criticised for his polarising viewpoints, tendentious reporting, aggressive style and - more recently - alleged sexual harassment, O’Reilly’s political savvy is undisputed, and he has played an important role in the coverage of US politics in the past decades. 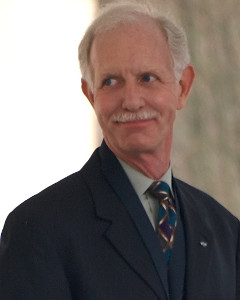 Chesley Sullenberger is a now-retired pilot and famous for heroically handling the emergency water landing of US Airways flight 1549 in the Hudson River after a problematic takeoff. He was portrayed by Tom Hanks in the 2016 movie “Sully”. Sullenberger holds three degrees: a Bachelor’s degree in Psychology, a Master’s degree in Industrial Psychology, and a Master's in Public Administration. 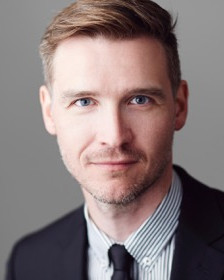 From 2005 until 2017, Fabian Leber worked as a Politics Editor for the newspaper Der Tagesspiegel in Berlin, Germany. During that time, he also first obtained a Doctorate degree in Political Science at the University of Freiburg and then enrolled in the Executive MPA programme at the Hertie School of Governance in Berlin, one of Europe’s leading public policy schools. Since 2017, he has been the spokesman of the Chairman of the Free Democratic parliamentary group in the German Bundestag, Christian Lindner. 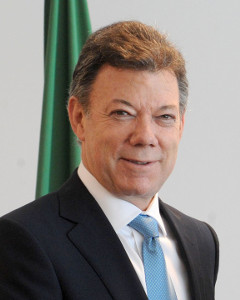 Juan Manuel Santos Calderón has been the President of Colombia since 2010. He was educated in the United States and the United Kingdom; at the University of Kansas, the London School of Economics (LSE), and Harvard, where he received his MPA degree in 1981. In 2016, he was awarded the Nobel Peace Prize for his efforts to end the Colombian Civil War that had been raging in the country for 50 years. 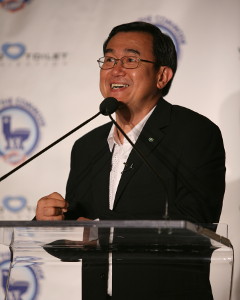 Jack Sim, founder and Chairman of the World Toilet Organization

Jack Sim is a Singaporean activist and social entrepreneur who founded the World Toilet Organization in 2001 with the goal to improve toilet and sanitation conditions worldwide. In 2008, Time magazine included him in their list of “Heroes of the Environment”. He holds a degree in Marketing from the University of Strathclyde (UK), a Diploma in Business Administration, and an MPA degree from the Lee Kuan Yew School of Public Policy, Singapore. 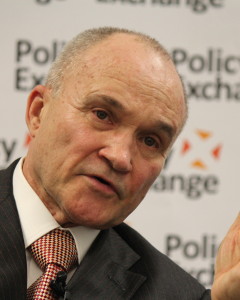 Raymond Kelly was the longest serving Commissioner in the history of the New York City Police Department (NYPD): first from 1993 to 1994, and then again from 2002 until 2013. A well-educated man, he holds a Bachelor of Business Administration (BBA), a J.D. (Juris Doctor) as well as a Master of Laws (LLM), and an MPA degree. 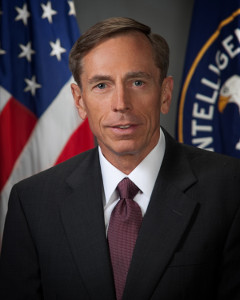 David Howell Petraeus is an American public official and retired United States Army officer. He is best known for his short tenure as the Director of the Central Intelligence Agency (CIA) from 2011 until 2012 under US President Barack Obama. He holds a Bachelor’s degree (obtained at the US Military Academy), an MPA and a PhD in International Relations. 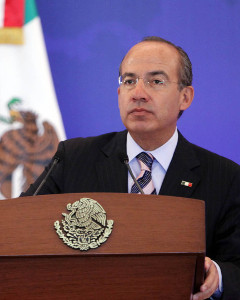 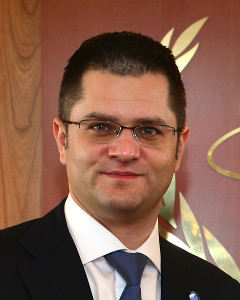 Vuk Jeremić is a Serbian politician and founder and president of Serbia’s centre-right People’s Party. From 2007 to 2012 he was Serbia’s Foreign Minister, followed by a brief stint as the President of the United Nations General Assembly. After unsuccessfully contending for the succession of Ban Ki-moon as the UN Secretary-General, he returned to the Serbian political scene. Jeremić studied Physics at Cambridge, obtained a PhD in Quantitative Finance at Imperial College in London and later went to Harvard to study for his MPA degree. 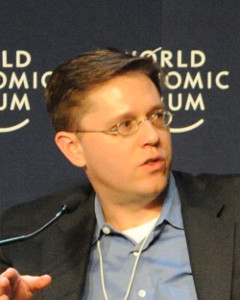 From 2005 to 2009, Kevin Martin was the Chairman of the United States Federal Communications Commission (FCC), the US agency that regulates telecommunications in the country. He holds a Bachelor of Arts from the University of North California, a Juris Doctor from Harvard and an MPP degree from Duke University. 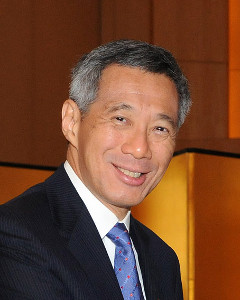 Lee Hsien Loong is a Singaporean politician and has served as the Prime Minister of Singapore since 2004. He studied at the University of Cambridge and - among the top of his class - graduated with both a Bachelor of Arts in Mathematics and a postgraduate degree in Computer Science. He went on to serve as an officer in the Singapore Armed Forces and, in 1980, completed his studies for his MPA degree. 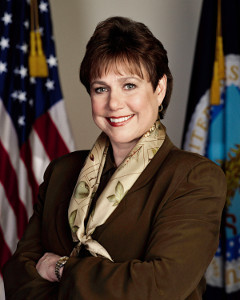 Ann Margaret Veneman was the Executive Director of UNICEF (the United Nations Children’s Fund) from 2005 to 2010, and before that the US Secretary of Agriculture under President George W. Bush. She has a Bachelor’s degree in Political Science, a Juris Doctor and a Master of Public Policy (MPP) degree. 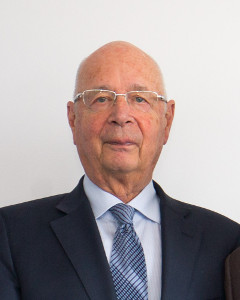 Klaus Schwab is a German economist and the founder and President of the World Economic Forum (WEF). The WEF is best known for its annual gathering in Davos, Switzerland, where the world’s most powerful decision makers from politics and business come together to discuss economic and political issues of global importance. Schwab originally studied Engineering at ETH Zurich, then Business at the University of Fribourg - obtaining a doctorate degree in both disciplines - and also holds an MPA.

Want to learn more about the benefits of getting an MPA degree? Read on! 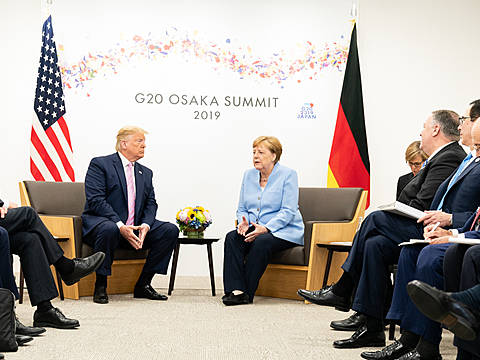 Study International Relations? Everything you need to know 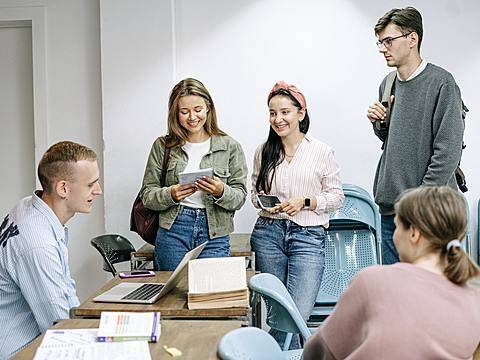 Study Social Sciences: Which subject should you choose?